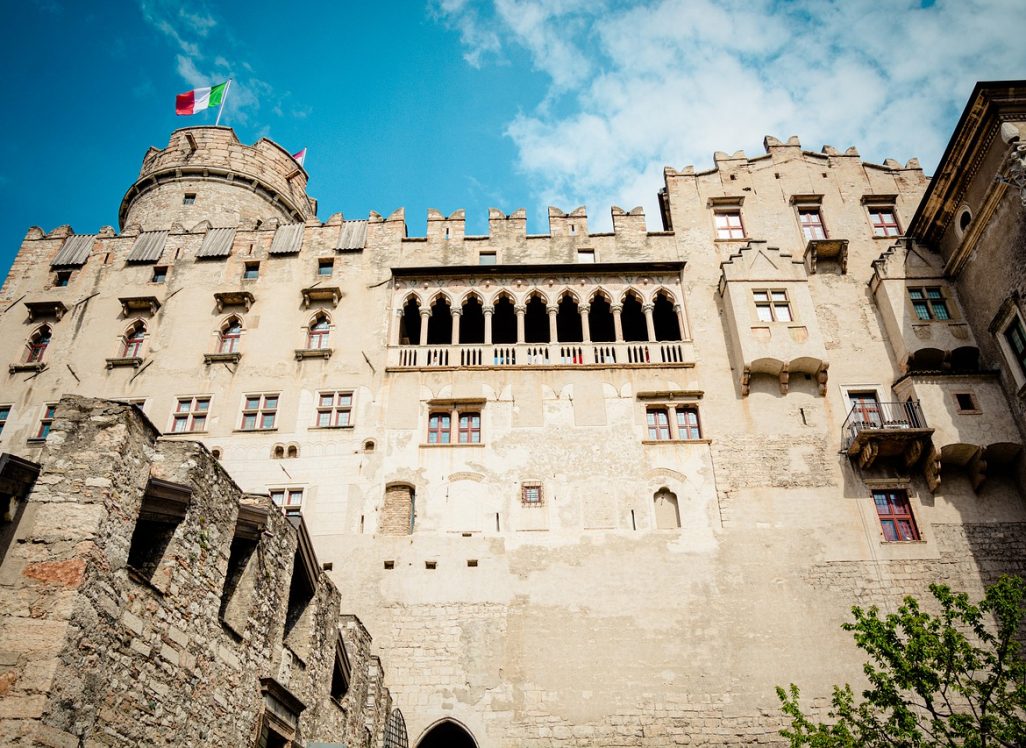 As we have seen in many other posts, there are many things to do in the Ledro Valley.

The whole Trentino region is full of attractions (not only natural attractions) which must not be lost.

Certainly the traveler, who moves through the valleys of this region rich in culture, will be amazed by several strongholds that he/she can find mile after mile. Some of these castles are now reduced to ruins whereas other residential houses dating back to the Middle Ages are perfectly preserved, in full bloom. Some of these citadels are placed on rocky mountains, whereas other are situated in the middle of vineyards. Mindful of encounters that have made the history, of romantic and mysterious legends and also of great battles, the castels of Trentino are waiting to be explored by you. However, as mentioned above, there are many, very many, castels: Trentino region is also a borderland and, for this reason, in addition to the opulent noble residences you can find many defensive fortifications.

Which castels should you visit? How to choose? On this page we will present you 5 of the best castels of Trentino: happy reading!

The best Castels in Trentino: 5 proposals

On the list of the most important castels in Trentino, Buonconsiglio Castle cannot miss.

It is one of the main symbols of this charming village. This great monumental complex is made up of different parts built in different ages: an older one, not by chance named “Castelvecchio”, dates from the 12th century, whereas the constructions surrounding Castelvecchio are the result of successive buildings: Torre Aquila, for example, with the Gothic frescoes of the Cycle of the Months, dates back to 14th century and the Magno Palazzo has been built in the High Renaissance.

Residence of the Prince Bishops for a long time, the castle has been secularized in 1803. Any step, any place of the stronghold tells something about it. Not only happy events but also tragedies: for example, during the First World War, the three Irredentists Cesare Battisti, Fabio Filzi and Damiano Chiesa were executed right in the castle’s backyard.

Castel Beseno rises majestically about an hour’s drive from the Ledro Valley, halfway through Trento and Rovereto. Occupying the top of a whole hill, it is in a dominant position over the Adige Valley. The castle is the largest fortified complex in Trentino and, thanks to its excellent state of conservation, it offers the possibility to truly understand how people lived in this place, at the turn of Middle Ages.

If you visit this castle, you can access to its fantastic pathways along the walls and enjoy unique views, you can handle and try helmets, silver cuirasses, medieval weapons and shields. In short, you can become a warrior defending the country for a few minutes. Right here, within the walls of the stronghold, in the halls of Palazzo Marcabruno, you can visit an exhibition which illustrates the Battle of Calliano, fought between Tyrolean and Venetian troops under the walls of Castel Beseno. Not to be missed!

Habsburg town full of prestigious buildings and Liberty style villas, Arco is about half an hour from the Ledro Valley: its curious narrow streets extend beneath the beautiful fortress that dominates Garda Trentino. Even before the castle, it is the path that amazes and enchants visitors. It leads from the village to the fortress and it winds through centuries-old olive trees. Many parts of the complex were destroyed by many assaults (most recently in 1703 by French troops) but the high towers and some fascinating halls, including the Prigione del Sasso, remain standing.

With its 14th century frescoes, the Big Tower is most certainly worth a visit.

It can be seen in the distance: the imposing castle dominates the Giudicarie and stands out on the horizon. Those who have already visited Buonconsiglio Castle have in fact seen the profile of Castel Stenico: it is depicted in one of the frescoes of the Cycle of the Months. Inside its rooms, many small treasures to admire are preserved: from the antique four poster beds to the antique and complex deadbolts up to the gloomy prisons. Note that, paying attention, from the outside of the castle you can hear the rushing water of the nearby Rio Bianco waterfalls!

A true gem of the Val di Non, the rich Thun Castel stands on a hill in the midst of the famous Trentine apple orchards. Elegant and gorgeous, it has within it the original furnishings dating from 1500, as well as art collections to be admired. The manor was for centuries the magnificent residence of the Thun family, one of the oldest and most powerful families of Trentino aristocracy.

It can undoubtedly be considered as one of the most beautiful castles of northern Italy: you know that the castle already existed in 1200. It was completely destroyed by fire in 1500, it was rebuilt by “Tono” and then it was the object of other changes in the Baroque period.

Want to know more about Trentino and its beauties? Read “What to see in Trentino” and if you like the Garda area we also have an itinerary for your weekend in Garda Trentino.

Foraging: gathering wild food from nature, in our opinion

Foraging means gathering wild food from nature, without damaging it. It is part of our focus on sustainability according to our hospitality philosophy for our guests. Find out what foraging is and how we do it.

Continue
To the list
We use cookies to make sure you can have the best experience on our site. If you continue to use this site we will assume that you are happy with it.OkMore info