Home Blog What to see in Trentino

What to see in Trentino 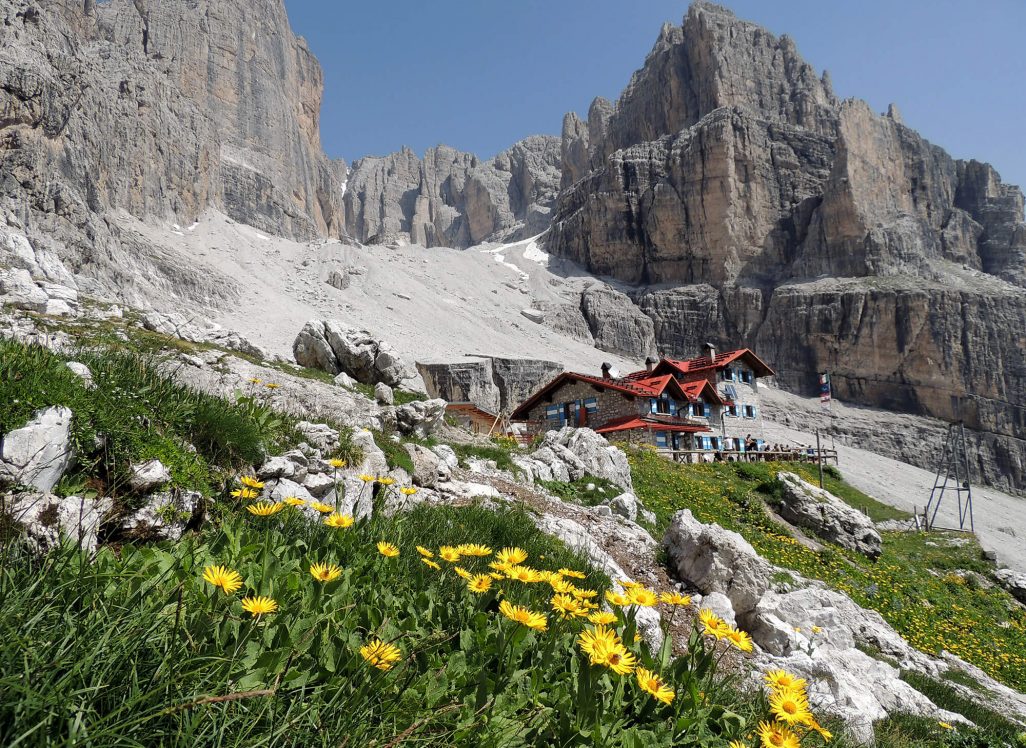 In summer as in winter, Trentino region will give you fantastic experiences, thanks to its explosive nature and its charming villages. It’s a land that is waiting to be discovered: perfect for anyone who loves the quiet, for people who love nature and for those who are looking for small cultural treasures.

it is obviously difficult to summarize in one page what to see in Trentino: but we tried! We selected for you the real must!

What to see in Trentino: The Dolomites

The Dolomites, the amazing Pale Mountains, are Natural World Heritage site. Trentino region hosts some of the most famous mountain chains of the Dolomites, known all over the world for the phenomenon of enrosadira, when the mountains change colour, turning from pink to purple at sunrise and sunset. Extremely high towers, spires that challenge the laws of gravity, pointed pinnacles, bastions that look like they were designed by formidable architects, rocky theaters that make us feel small and leave us speechless: the Dolomites fascinate and capture.

Trentine Pale Mountains attract mountain and nature lovers from everywhere. Here the highest peak Punta Penia in Marmolada (3.343 m) awaits you. But also the monumental Sella Group, the incomparable Sassolungo, the Rosengarten, the Campanili del Làtemar, the fascinating Pale di San Martino and, naturally, the huge Brenta Dolomite slopes where the great history of alpinism has been made. These last ones are part of the immense Adamello Brenta Natural Park that is located at west of the Valle del Chiese and of the Ledro Valley.

The major attractions of Trentino: the lakes

There are plenty of lakes in Trentino: there are 297 lakes throughout the region. There are many bodies of water in this land in which snowy peaks and green forests reflect. Mostly they are small lakes of glacial origin, placed at over 1500 metres above sea level. But there are also larger lakes located downstream. Here you can find beaches where you can sunbathe and refreshing swim, by enjoying, always and however, the breath-taking panorama of the nearby mountains of Trentino.

In addition to the huge Lake Garda, whose northern part is wedged in Trentino by creating a fascinating Mediterranean maquis, there are also the nearby Lakes of Levico and Caldonazzo, Molveno Lake (it was awarded in 2018 as the most beautiful lake in Italy), Lake Ledro with its very ancient pile dwellings, Toblino Lake with its romantic castle, Lake Ampola with its great diversity of natural life, Idro Lake located on the border with Trentino… It would take a lifetime to discover all the lakes, but it would be worth it!

The most beautiful waterfalls in Trentino

Given the orography of the territory, we must not be surprised that Trentino region is full of waterfalls and rushing drops, many of which roar in the proximity of the Ledro Valley.

The waterfall Gorg D’Abiss is located right in the heart of this valley. You can reach this spectacular vortex of the abyss following a short path. Not too far from Pieve di Ledro – approximately 15 km- the fantastic Varone Waterfall that has a drop of 98 metres is located and just a little further we find the Ponale Waterfall, hidden and poorly understood but of big effect on visitors.

In addition, we must not forget the waterfalls of the Adamello Brenta Nature Park with its the spectacular Nardis and Vallesinella waterfalls.

The most beautiful villages of Italy in Trentino

Immersed in unspoilt nature there are some of the most beautiful villages of Italy. You can start from the small and beautiful medieval village of Canale di Tenno that has remained almost intact on its own hill overlooking the homonymous lake and not far from another village that you cannot lose, that is the rural Pieve di Ledro. Among the most beautiful villages in Italy we also find Rango, in the Bleggio Superiore, which is rich in arcades and original rock dwellings, and San Lorenzo in Banale, at the foot of the Brenta Dolomites. And again, to close the list of the most beautiful villages of Italy in Trentino, we find the picturesque Mezzano, below the Pale di San Martino, and Bondone, in the Valle del Chiese, perched on a rocky spur which overlooks the Idro Lake.

What to see in Trento

Without a shadow of a doubt, the town of Trento is worth a visit. Its historic center, all in all small, is perfect for a carefree visit among its buldings. The tour of the city, seat of the famous Council of Trent, starts of course from Piazza Duomo, between the Fountain of Neptune and the imposing Cathedral, in the shadows of the high Civic Tower. Then, you have to spend a few hours for visiting the fascinating halls of Buonconsiglio Castle that was home of Prince-bishops for hundreds of years and where you can admire affrescoes and gardens. Do not miss the museums, including the MUSE, the new Science Museum designed by the archistar Renzo Piano.

What do you think of these attractions, then? We wait for you in the Ledro Valley, to discover all the wonders of Trentino region.

Foraging: gathering wild food from nature, in our opinion

Foraging means gathering wild food from nature, without damaging it. It is part of our focus on sustainability according to our hospitality philosophy for our guests. Find out what foraging is and how we do it.

Continue
To the list
We use cookies to make sure you can have the best experience on our site. If you continue to use this site we will assume that you are happy with it.OkMore info